We are a volunteer-driven not-for-profit organisation based in the northern suburbs of Melbourne.

We are all individuals with a strong belief in ensuring that all children deserve the best start in life, and that communities have the ability and a desire to give less fortunate families a big group hug and some practical support in their time of need.

We pride ourselves on being independent and resourceful with a unique ability to coordinate and mobilise a community response to the immediate and specific material assistance requests of vulnerable children and disadvantaged families that cannot be fulfilled by existing social service providers.

For ordinary people to work together to protect every young child in Australia from the adverse effects of disadvantage.

To mobilise community support to respond to the immediate needs of young children, in particular vulnerable children and their families

We are committed to an integrated services model for early childhood services delivery and support.

We will work in partnership with and complement existing social services.

Bureaucracy will not define our approach nor deter us from mobilising community support to seek and distribute material assistance to vulnerable children and their families in their time of need.

We will be transparent and accountable for all of our activities and actions. 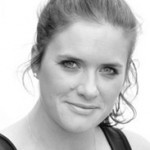 Big Group Hug is a community led project originally conceived by our Founder and Program Director Angela Wood. As a young mother and teacher with two children of her own, Angela always had a belief that all children have the universal right to be safe, nurtured and to have access to the immediate and essential things they needed in their early years (such as formula, food, nappies, clothing and safe sleeping nursery furniture). With these necessities in place, parents have every chance of developing strong and loving relationships with their children.

Whilst caring for her own young children in early 2013, Angela was motivated to redistribute many of the pre-loved items she had utilised for her own children to other vulnerable children and disadvantaged families in her local area in Heidelberg.

Angela’s passion and enthusiasm to redistribute her own pre-loved baby goods was contagious, and she initially mobilised her own friends and family to do the same. A few months on, Angela initiated a project called 3081 Angels. 3081 Angels was a volunteer run initiative led by Angela that attracted large numbers of like-minded people in the local area that also wanted to contribute time, goods and expertise to assist in the sorting and redistribution of timely material aid to vulnerable children and disadvantaged families. 3081 Angels was given auspicing support by Banyule Community Health and operating facilities were provided by the Rosanna Baptist Church in Victoria.

Significant media interest and support from a range of businesses in 2014 further inspired Angela to expand her 3081 Angels project to truly align with her vision of giving all children the best start in life. Vulnerable children and disadvantaged families cannot be defined by a postcode and nor should the provision of support be restricted to a single suburb.

In August 2014, Big Group Hug was established as a new and independent charitable organisation with a clear mission to galvanise and mobilise community support to respond to the immediate needs of young children, in particular vulnerable children and their families wherever they may reside.